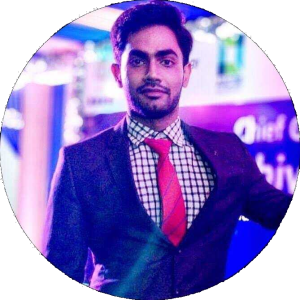 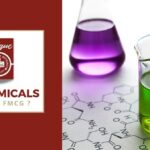 We notice that both companies have sustainably high ROICs, great CFO/PBT conversions, and decent EBITDA margins, with company A faring relatively better. To clear the suspense, Company A is J B Chemicals whereas, Company B is Godrej Consumer Products.

Welcome to the Perennial Fund Blog where we share insights on our frameworks to identify major great global franchises.

This month, we run you through the journey of the Indian Pharma industry from a nascent stage to becoming the pharmacy of the world and one of the fastest-growing high-quality pharma businesses in the country, J B Chemicals & Pharmaceuticals.

The industry journey to “Pharmacy of the world.”

The Indian pharma industry commenced its journey of growth in the early seventies. The government’s “investments” of directional policies and pragmatic initiatives were responded to in good measure by the pharma entrepreneurs. A few good decisions at the right time helped the blossoming of Indian pharma.

The API industry was born when the Indian Drugs and Pharmaceuticals Ltd. was founded in collaboration with the USSR. However, the growth did not pick up due to wars with Pakistan and issues with China. A parliamentary committee was formed with the Late Shri Atal Bihari Vajpayee as a member to look at the weak state of Indian Pharma in innovation and R&D.

1972: The amendment bill was passed and visionary entrepreneurs learned “reverse engineering” very fast, making giant leaps in both APIs and formulations. Foremost among them was Ranbaxy’s “Calmpose,” which was the Indian branded generic Diazepam, it was equivalent to Roche’s Valium.  INGA (then known as Indo-German Alkaloids) had started the large-scale cultivation of Ergot in Kashmir and launched “MIGRANIL” for migraine. Metagyl (Metronidazole a brand of J B Chemicals, had a long drawn out trademark war with May & Baker’s Flagyl) was a brand in itself. While small-scale drug manufacturers focused on generics like Paracetamol leading to their proliferation due to quantitative restrictions on industrial policy, it prevented the setup of large-scale API manufacturing, and many MNCs moving out of India like Roche, BMS, etc.

One of the most significant events in Indian pharma history occurred with the “Hathi Committee Report.”  Annexure I of Hathi Committee Report lists out “HUNDREDS” of APIs “bulk drugs,” their quantities manufactured in India along with the list of Indian Bulk Drug manufacturers for each bulk drug. The new Drug Policy of 1978, along with the Price Control order of 1979 provided much-needed thrust to the industry. The industrial licensing was liberalized as well as the list of price-controlled drugs was pruned.  These gave a major fillip to the growth of the pharma industry.  The emphasis on import substitution and saving the foreign exchange through self-reliance, along with incentives for exports were major catalysts for the growth of the pharma industry till the nineties.

Till 1990, the pharma sector/department being “bulk drug/API” driven, was placed under the Chemical Ministry. With the onset of liberalization, the pharma industry became increasingly “regulatory-driven” with new GMP requirements, ICH (International Conference on Harmonization) guidelines, CTD (Common Technical Dossiers), etc. There was also a marked shift from small to large molecules and APIs.

Trade-Related Aspects Intellectual Property Rights (TRIPS) was born in the liberalization regime, the Indian Pharma catapulted due to increased due diligence and professionalism and focus on global manufacturing.

The Indian pharma industry has had the best growth rate since then and has grown at 15% CAGR over the past 20 years.

The future: The Indian pharmaceutical industry is the third-largest in the world by volume and is worth USD 40 billion. The government approved a production-linked incentive (PLI) scheme for the pharmaceutical sector, entailing an outlay of INR 15,000 crore. The PLI scheme is further expected to promote innovation in the development of complex and high-tech products including products of emerging therapies and in-vitro diagnostic services as also self-reliance in important drugs. It is also expected to improve the accessibility and affordability of medical products including orphan drugs to the Indian population.

With regards to equity investing, we are constantly trying to identify major wealth creation trends, monopolistic and fast-growing capital-efficient franchises, with reinvestment runways run by able and minority friendly management. J B Chemicals and Pharma is an interesting pharma company undergoing multidecadal transformation, small in size but large in aspirations, came under our frameworks when the erstwhile promoters sold the company to leading private equity players, KKR.

Its sales have grown 3.8x over the past 15 years while operating profits have grown 4 x[2]  over the same time while maintaining ROICs of more than 30%.

J B chemicals is one of the oldest pharmaceutical companies in India founded by Mr. J. B. Mody with legacy brands like Rantac & Metrogyl.

Over the years, it has developed some very formidable brands which have become monopolies/oligopolies in their sectors like Doktor Mom (given a superbrand status in Russia and CIS countries), Metrogyl, Rantac, and Nicardia, and has turned out to be one of the fastest-growing pharma companies.

J B Chemicals’ focus on building strong brands in the cardiovascular and gastrointestinal segments has helped it outperform the industry growth for seven years straight.

Focusing on these core brands has also helped J B Chemicals clock in the growth of 17%-22% over the last two years. Out of these, Cilacar and Nicardia, the two cardiovascular brands have grown by more than 20% in the past four years.

Aggressive new management:  The company is currently under a deep transformation phase post-KKR acquisition. KKR has a 44-year track record of private equity investing with EV of completed transactions at over ~$650 billion and current AUM ~$252 billion (as of December 31, 2020).

Nikhil Chopra and Kunal Khanna have been appointed as CEO and President of the company, respectively. Both have rich experiences of scaling up CIPLA. It plans to increase the annual ANDA filing rate to 5-6 from 1-2. It was already one of the fastest-growing Indian pharma companies. With renewed vigor, they could scale new heights.

Higher MR productivity: Profitability can also improve with higher MR productivity, which the new management is aggressively working towards. The management has clearly stated that they have no intention to add MRs in the near term but work towards growing the productivity by 12%-14% annually from the current base of 4.5 lakhs month by restructured divisions, digital presence, and tapping tier 2 towns. Just for a comparison, Abbott India has MR productivity of INR 12 lakhs per month.

Focus on capital-light export business: The management has charted out a business-specific approach for exports without any major CAPEX plans and the growth would be driven by existing capacities. They plan to file 4-5 ANDAs per year (vs current 1-2), with a focus on limited competition opportunities and Rising Pharmaceuticals Inc. to remain as their marketing partner.

Capital light compounder in the making

I divide businesses into capital-light compounders or reinvestment moats depending on the scope to reinvest cash flows vs distribute it.

Capital light compounders: These are businesses that are dominant or emerging monopolies in their industries and do not have reinvestment needs to grow their business. We can imagine them as fixed deposits with increasing returns every year. They normally have very high ROICs, sometimes above 50% also. Examples of these in the Indian context are Abbott India, Nestle, and Hawkins Cookers from the competition.

Reinvestment moats: These are dominant franchises that generate significant operating cash flows and can reinvest them at high rates to grow their business. An example in the Indian context is Relaxo Footwear. Relaxo is the largest mass-market footwear manufacturer in India. However, despite being the largest player in the country, Relaxo sells only 18 crore pairs of footwear out of the 220 crore pairs sold annually (a market share of only ~5.0 percent). The company is cognisant of this statistic and has spent INR 90.0 crore to set up a new manufacturing facility that can produce 1.0 lakh slippers per day at an ROIC of greater than 30%.  Management hopes to utilize its existing distribution network, brand image, and additional manufacturing capacity to capture more market share.

J B Chemicals was investing approximately 30% of its operating cash flow into new CAPEX.

With all regulatory approvals in place, best in class CFO/PBT, conversions, dividend payouts increasing from 50%, and no major CAPEX required, we believe that J B Chemicals has all the traits of becoming a capital-light compounder that will keep on increasing payouts year on year.

RH Perennial Fund is regulated by the Securities and Exchange Board of India as a provider of Portfolio Management Services (SEBI Registration No. IINA200002601). The information provided in this newsletter does not, and is not intended to, constitute investment advice; instead, all information, content, and materials available in this newsletter are for general informational purposes only. It is safe to assume that we have allocations to all stocks mentioned here and may also sell them without prior notice. We have current allocations to J B Chemicals & Pharmaceuticals, Relaxo Footwear, Abbott India, Nestle, and Hawkins Cookers. The information on this website may not constitute the most up-to-date information. The enclosed material is neither investment research nor a piece of investment advice. The contents and information in this document may include inaccuracies or typographical errors and all liability with respect to actions taken or not taken based on the contents of this newsletter are hereby expressly disclaimed. The content in this newsletter is provided “as is,” no representations are made that the content is error-free. 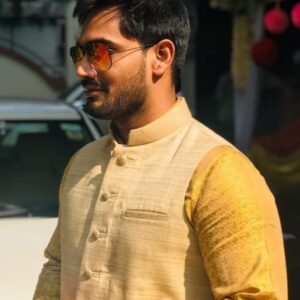 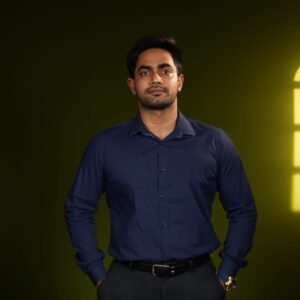 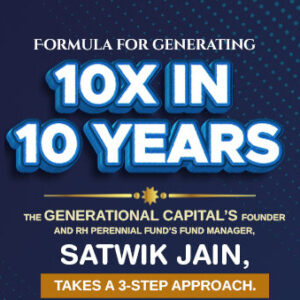 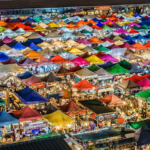 Market Sizing and Runway for Growth

Get Updates And Stay Connected -Subscribe To Our Newsletter

We at Generational Capital give Redid and Customized 360° Comprehensive Investment Planning, Abundance The executives and Execution Administrations, exceptionally intended for yourself as well as your family, with an emphasis on manageable and prevalent Alpha Returns.